Guo Wenqing first extended his congratulations for the BYD Corporation's remarkable achievements in recent years, and spoke highly of the Corporation for being an expert in solving urban transportation congestion and automobile pollution. He then respectively introduced the development course and current situation of China Minmetals and the MCC Group, and stressed the strategic significance of the successful strategic recombination of China Minmetals and MCC. The New China Minmetals has been approved among the second batch of pilot enterprises with state-owned capital by the State Council. It is one of the central enterprises with real estate as its main business to be approved by the State Council SASAC, and one of only three central enterprises with full financial licenses. China Minmetals’ asset size has reached over RMB 750 billion, with an operating revenue of RMB 430 billion last year. It accommodates 240,000 on-the-job staff and possesses 29 national technical research & development platforms. With over 18,000 accumulative effective patents, it plays a leading role among central enterprises in terms of ability and strength in scientific and technological innovation. The clear strategic positioning of the company is to forge itself into a world-class metal mining enterprise group and become the guarantor of the nation’s metal mineral resource security. The New China Minmetals has gone through the full industrial chain channel, forming its integration advantages of the full industrial chain from resource acquisition, exploration, design, construction and operation to circulation. Its volume exceeds the world’s next three biggest mining giants in the metal mineral industry field, including the world’s largest nickel laterite ore mine, Las Bambas Copper Ore Mine and Aynak Copper Mine with the world’s largest copper ore reserve. Such resources as copper, zinc and nickel have entered into the first echelon of the world, and such resources as tungsten, antimony and bismuth are first in the world. As the pioneer and builder of New China’s steel and iron industry, MCC has undertaken over 90% of the design and construction tasks of large-scale steel and iron enterprises in China, and 60% of the metallurgical construction market worldwide. In recent years, MCC has successfully transformed, devoting itself to being the 'national team of metallurgical construction, the main force of infrastructure construction and the pacesetter of emerging industries, taking the road of high-tech construction in the long term'. Having developed into an expert in solving comprehensive problems concerning urban development, MCC has made major breakthroughs in such fields as rail transit, municipal infrastructure, large-scale comprehensive stadiums and environmental engineering construction.

Guo Wenqing stressed that the New China Minmetals has huge reserves and strong capacity for research & development, design, exploration, construction and operation in the field of mining and metallurgy. The BYD Corporation has rich experience in nonferrous metal battery materials and battery preparation. Both parties should give full play to their advantages in their respective fields, deepen such business cooperation on nonferrous metals as nickel, cobalt and copper, and break through the final barrier of non-ferrous metals meeting with new energy resources. BYD's 'Cloud Rail' Project has very broad market prospects, and it is quite appropriate for close integration with MCC in the field of infrastructure construction. At present, various regions are driving the infrastructure construction of rail transportation. MCC hopes to establish strategic cooperation relations and jointly discuss cooperation modes with the BYD Corporation. Both parties will establish joint venture companies by making full use of the strong capital strength and resource controlling power of MCC and the technological advantages of BYD 'Cloud Rail' train, thereby quickly expanding and occupying markets. They will take the lead in making sample plate demonstration projects in the Beijing-Tianjin-Hebei region and Shenzhen, form a brand effect and promote the rich concept of the 'Cloud Rail' train.

Wang Chuanfu first extended his heartfelt welcome to Guo Wenqing and his team for their visit and investigation of the BYD Corporation. He then briefly introduced the development course of the BYD Corporation and business growth situation of four industries in the last two years, and particularly introduced the situation that its sales volume of new energy automobiles has been the highest in the world for two consecutive years. With the rapid development of new energy vehicles, the consumption volume of nickel, cobalt and copper used in the battery field will increase year by year. The BYD Corporation is willing to carry out research & development cooperation on rare non-ferrous metal technology so as to progress from the mining and metallurgy field to ternary precursor techniques.

Wang Chuanfu then carefully introduced the advantages of the 'Cloud Rail’ Project and analyzed its prospects. MCC is an expert in solving urban planning issues, and the 'Cloud Rail' Project is a strategic solution proposed by BYD to solve urban transportation congestion in many countries around the world. As the main force of national basic construction, it will be wonderful for China Minmetals and the MCC Group to construct the three-dimensional rail transit system. He hopes that both parties can effectively integrate their respective advantages, participate in 'One Belt and One Road' construction and solve social livelihood issues caused by transportation congestion at home and abroad, thereby realizing urban sustainable development. As central enterprises, China Minmetals and MCC have strong comprehensive advantages in capital, brands, engineering technology and professional talents. The BYD Corporation is sincerely willing to carry out close cooperation on battery materials and infrastructure construction with MCC. Both parties will establish a strategic cooperation relationship and jointly develop such non-ferrous metal resources as nickel, cobalt and copper so as to promote the establishment of joint venture companies and jointly march towards the rail transit field.

Next, both parties carefully discussed relevant cooperation models for the project, implementing such matters as establishing a promotion working team for the project and project leaders, quickly realizing solid combination, and exchanging required goods and integrated advantages, thereby comprehensively promoting specific projects to be landed as soon as possible.

At BYD's hexagonal headquarters, Guo Wenqing visited BYD's global headquarters exhibition hall, listened to the detailed introductions of the four industries of IT, vehicles, new energy and rail transit, and asked many questions concerning the new materials and new technologies required for new energy auto parts. He also boarded the 'Cloud Rail' train, a straddle-type monorail recently debuted around the globe, experienced the technology first-hand and learned about this solution for urban transportation congestion. 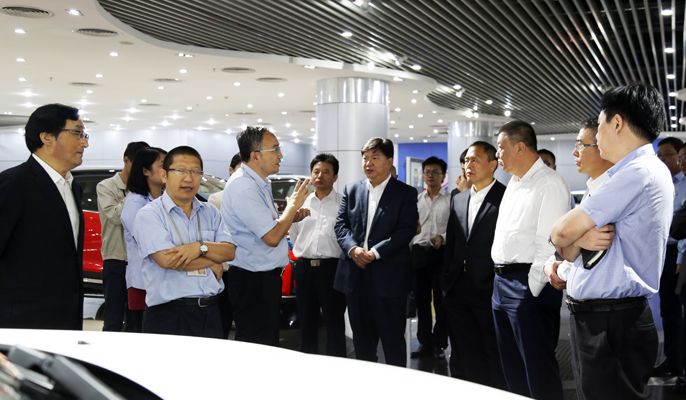 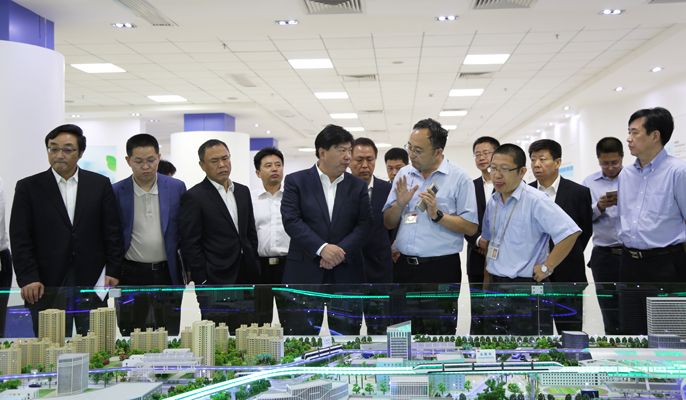 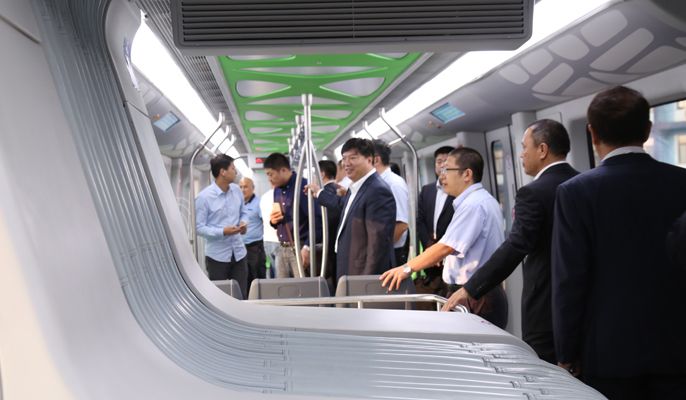 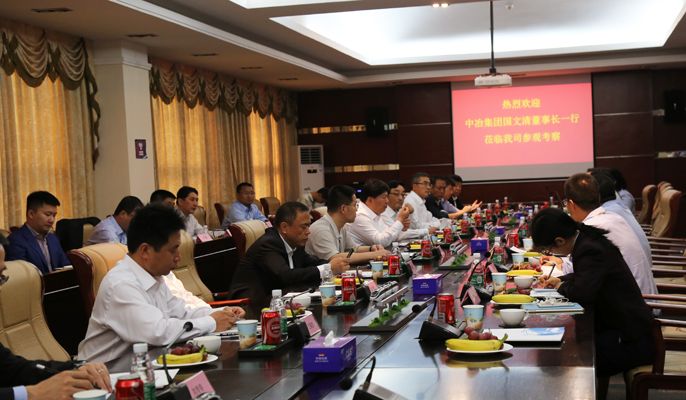 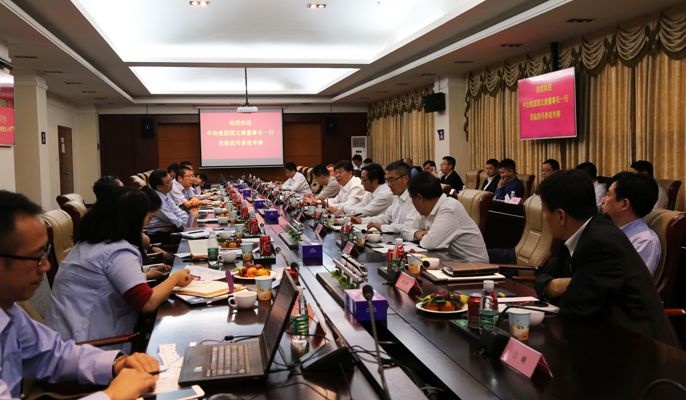